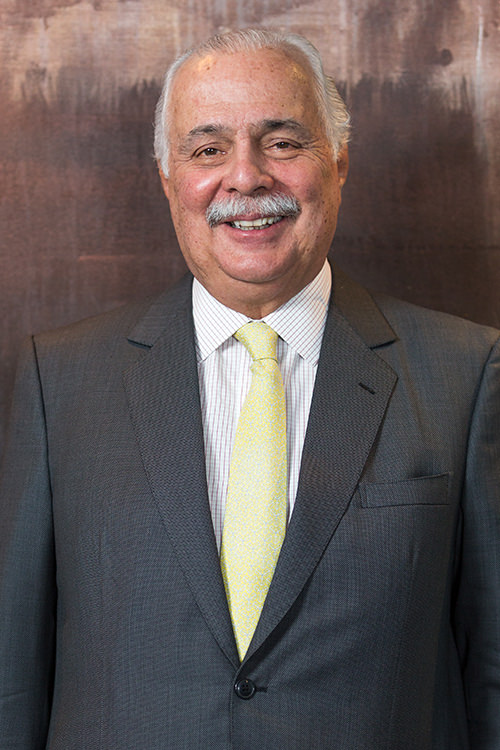 He began his professional career as a lawyer in the Legal Department of Banco Hipotecario Venezolano.

In 1972, he founded the law firm of D’Empaire Reyna Abogados, where he remained as a Founding Partner until January 2015, when he became a Strategic Allied Partner of said firm until June 2016.

For more than 45 years of professional life he has worked with important and outstanding companies of various sectors, such as mass consumption, media, construction, electrical, banking and finance, among others.

He has represented numerous Venezuelan and foreign natural and legal persons, being in charge of counseling, development of contracts, consultations, and other matters of particular interest for various individuals and corporations, representing them in their relations both with the private sector and with different public sector institutions.

Gustavo has been ranked by Chambers Latin America in the category of Senior Statesman in the areas of Banking and Finance and Corporate/M&A since 2009. He was named Law Firm Leader of the year 2010 by Latin Lawyer.

He was representative of Cemex in Venezuela during the acquisition of the majority of the shares of the then Compañía Anónima Venezolana de Cementos (Vencemos), and its subsidiaries.

He has actively participated in the negotiations carried out with the National Government, in connection with the process of nationalization of the cement industry, until the conclusion by settlement of the arbitration procedure pursued by the Company before the ICSID.

He represented the Necuima Consortium, which was the contractor for the excavation of the discharge channel and the operation of the aggregate plant of the Guri Dam, under a contract entered into with Electrificación del Caroní (EDELCA).

He is permanent advisor to the firm specialized in intellectual property Bolet & Terrero.

During his professional career, Gustavo J. Reyna has characterized by having a high social sense. The following can be mentioned among his actions in favor of the community:

Member of the lists of mediators and arbitrators of the Business Center for Conciliation and Arbitration (CEDCA), and of the Chamber of Commerce, Industry and Services of Caracas, where he has participated in various mediation and conciliation processes, as well as acted as an arbitrator in arbitration proceedings.

Together with other partners, he represented a company in an arbitration suit of great economic relevance processed and decided by the CEDCA until the date of the award rendered in that proceeding. (The name of the parties is omitted for confidentiality reasons). Member of the Caracas Bar Association.