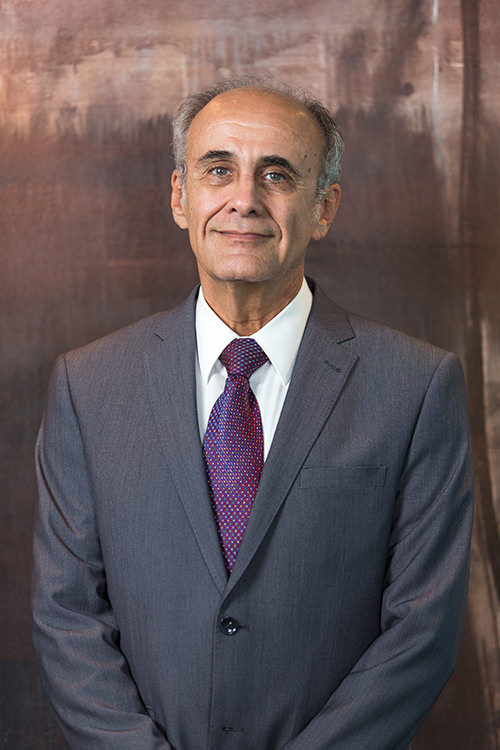 Luis Alfredo Araque is a founding partner of ARAQUEREYNA. For more than 40 years he has focused his professional practice both on Civil Law, serving as a professor at the Andrés Bello Catholic University since 1971 and the Monteávila University since 2008, as well as on Labor Law. He has also stood out in resolution of civil and business disputes, both in the judicial field as well as through alternative dispute resolution methods (conciliation and arbitration).

In the Labor Law field, Mr. Araque has played a leading role in Venezuela, having led several cases of national impact. He is responsible of the Labor Law Department of the Firm and has served as a Legal Adviser of the bicameral commission for the reform of the Venezuelan Labor Law, from 1985 through 1991, and as a consultant of the Tripartite Committee (government, employers’ and workers’ representatives) for the reform of the 1997 Labor Law. He has advised the representation of the business private sector in the discussions of various laws of a labor and social nature, including the last labor law reform of May 7, 2012. He has also represented the Venezuelan business sector in different annual meetings of the International Labor Organization.

His Litigation and Arbitration practice encompasses different sectors: construction and engineering, public works, telecommunications, and protection of foreign investments, among others.

He has published several books on legal matters, the last one being entitled Manual de Arbitraje Comercial (Commercial Arbitration Manual) (2011), which has two editions printed.

The main international legal directories (Chambers and Partners, Latin Lawyer, Practical Law, Who’s Who of Lawyers) qualify him as a reference lawyer in Venezuela, in the fields of Labor Law and Arbitration.